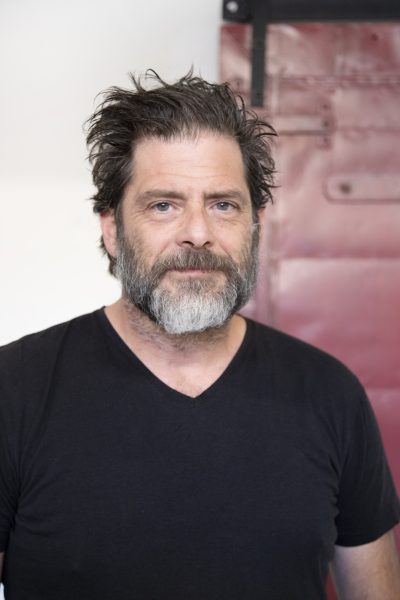 From an early age, Brian has been involved in woodworking. His family operated a saw mill, and his father made Amish-style cabinets, instilling Brian with a keen interest in carpentry. After earning a degree in political science and working in the data analysis field, he decided to pursue a career in carpentry. He worked closely with a handyman in 1997 before joining the TreHus carpentry team in 1999.

Brian loves the problem-solving and challenges involved in carpentry. He enjoys getting thrown curve-balls and engaging in the process of creating something from start to finish. At TreHus, Brian appreciates the opportunity to learn from and work with other talented artists.

In his spare time, Brian enjoys working on his own woodworking projects. His list of projects includes kayaks and guitars, a playhouse for his daughter, and cabin in Wisconsin that he designed and built. Brian has dabbled in making furniture built from reclaimed wood, the reuse of wood being of special interest to him.

When not woodworking, Brian likes to play music and read. He and his wife, Paula, have one daughter and reside in Northfield, Minnesota.