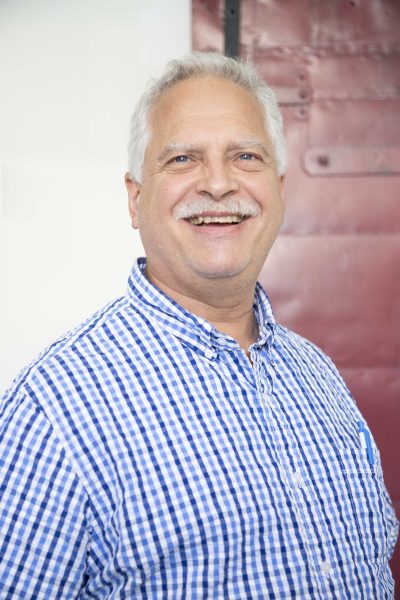 For nearly 10 years, Doug Dimond was the entire Small Jobs Division at TreHus.  From the initial call, to estimating, scheduling, and executing the work, he did everything.  The demand for his services and the TreHus Small Jobs Division has slowly grown, and so has his role.  He now works primarily from the office, managing and mentoring.

The call to work in carpentry came gradually for Doug. He began his career in the grocery industry and worked his way up to store manager, a position he held for 19 years. Doug started to get into carpentry in his spare time by building decks during the summer months, eventually adding basement projects during the winter. He received a general contractor’s license, and in 1997, he started his own carpentry business where he worked on an assortment of projects. After several years of being self-employed, Doug joined the TreHus carpentry team in 2004.

When asked what he likes best about carpentry, Doug enthusiastically replies, “Everything!” He is very passionate about the whole process, from initial framing to final detail work. Doug appreciates the detail-oriented nature of carpentry and likes making sure that the entire process proceeds carefully. He also enjoys the problem-solving aspects of carpentry and the detective work involved in ensuring the quality of his projects.

In his spare time, Doug can be found working on woodworking projects for his family and friends. Some of his work extends beyond the confines of the Minneapolis Metro. While in Ireland for his nephew’s wedding, Doug spent some time working on his nephew’s house. In addition to larger home-related projects, Doug also makes chess boards, some with custom, hand-cut pieces.

Doug has four sons and a daughter. He resides in the Twin Cities with his wife, Deborah.